Gian’s artistic focus is devoted to age-old questions like: “What is Reality?” or “Who am I?” under the assumption the Univers is of a computational nature.

To generate artefacts and experiences, he frequently uses thought experiments like “Are we living in a simulation?” as a starting point before turning it into a tangible exploration. In his practice he relies on low-tech, and analog methods to poetically investigate how past, current, and future technologies are altering our perception of reality.
‍
Working at the forefront of technical innovation, in the fields of XR and VPAs, he feels that: "society is obsessed with technical innovation to a degree, where the possible negative implications are starkly under represented." Recently he was quoted going so far to say: "In today's value systems, profits are more often then not placed above human well-being. For example: the negative impact of TikTok and Insta on our minds is just an amuse bouche of what I believe is still to come. The more time we spend in digital worlds, the more we should ask ourselves: who or what creates and owns our reality?"

Gian describes himself as conscious mind living in a computed world. He sees his art practice as "journey into the depths of reality."

In the self-experiment "Sensing Reality", Gian went on a one week long quest to find out how it is to live in a simulation.

Read Gian's medium post for step by step instructions on how to replicate the self-experiment. In the post he also describes his experiences made living in a simulation. 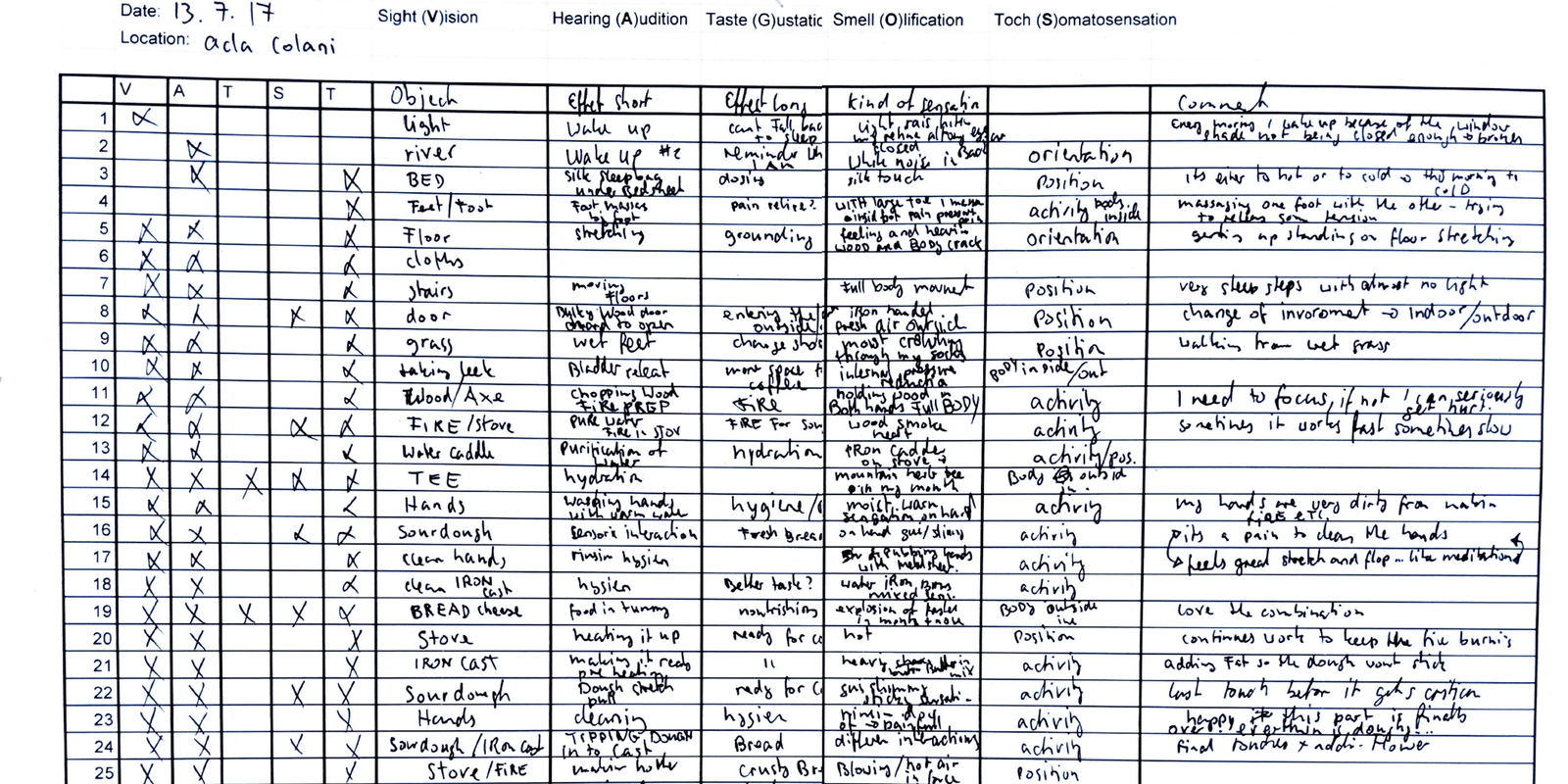 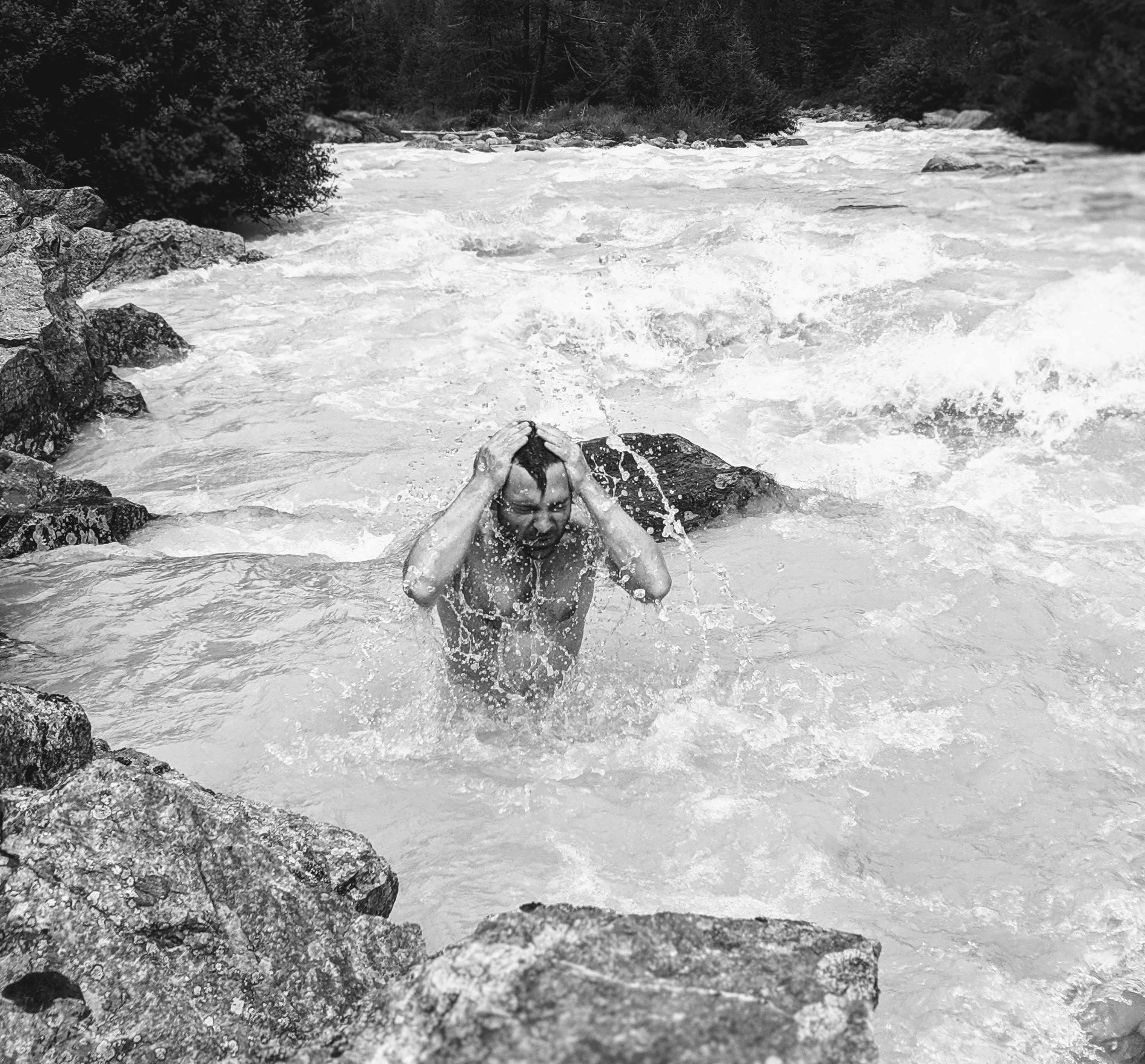 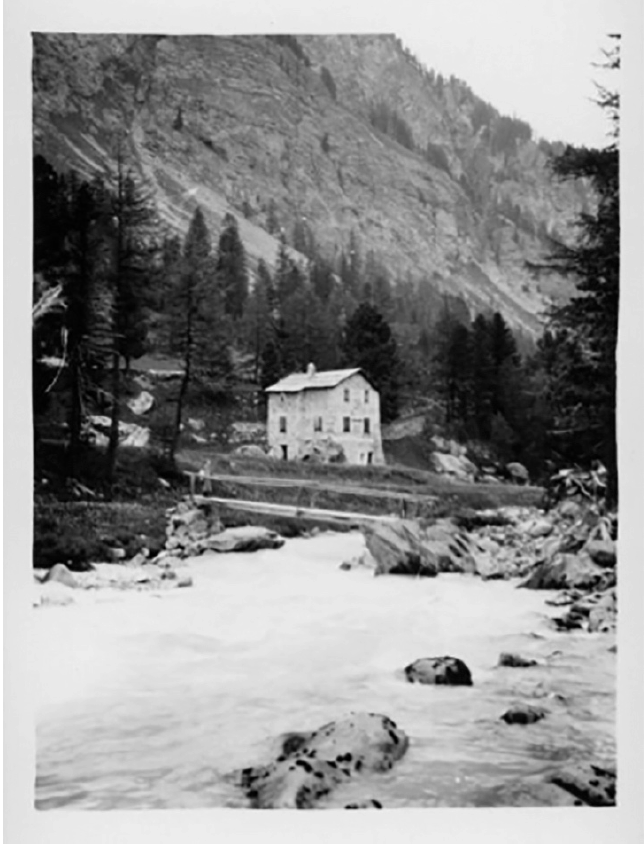 Gian has been quoted saying: "Holiday Hacks is a series of pictures done at home while traveling the multiverse....

... During these escapades, I'd ask myself: Where Am I? What is Reality? This led me to the following realisation: I'm a conscious mind traveling through a computed world".

The insight gained was translated into Gian's first book: "Struck by Reality" a poetry & photo book about the reality of virtual reality.

"Holiday Hacks" is a vision and thought experiment on the future of human-computer interactions in extended reality environments. It puts forward the idea that advanced XR systems driven by general artificial intelligence, are capable of highjacking ordinary objects in an attempt to make their imagination, for us, experienceable through all senses. In essence, Gian argues that ordinary objects could be seen, as nothing more than the hard and tangible surface of a computational world.
This ongoing project started with a series of 16 b/w self portraits in order to illustrate the idea. It was one of the artefacts produced for his Master Thesis "Ultimate Object" in Interaction Design at the Zurich University of Arts Zurich. The picture series was selected to be part of the 20 Years Anniversary Show of the Department of Interaction Design (ZHdK) exhibited at Ars Electronica Linz 2021. 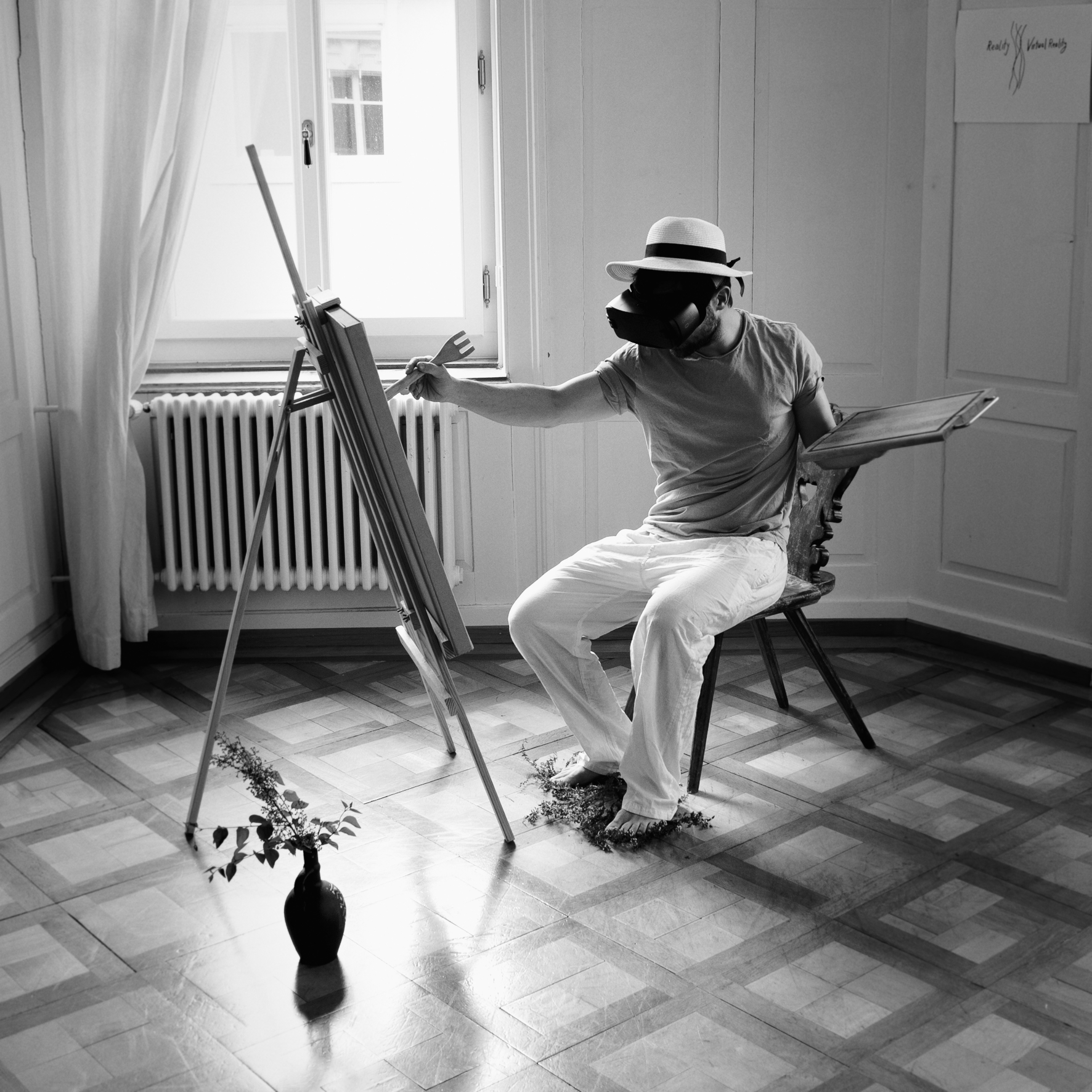 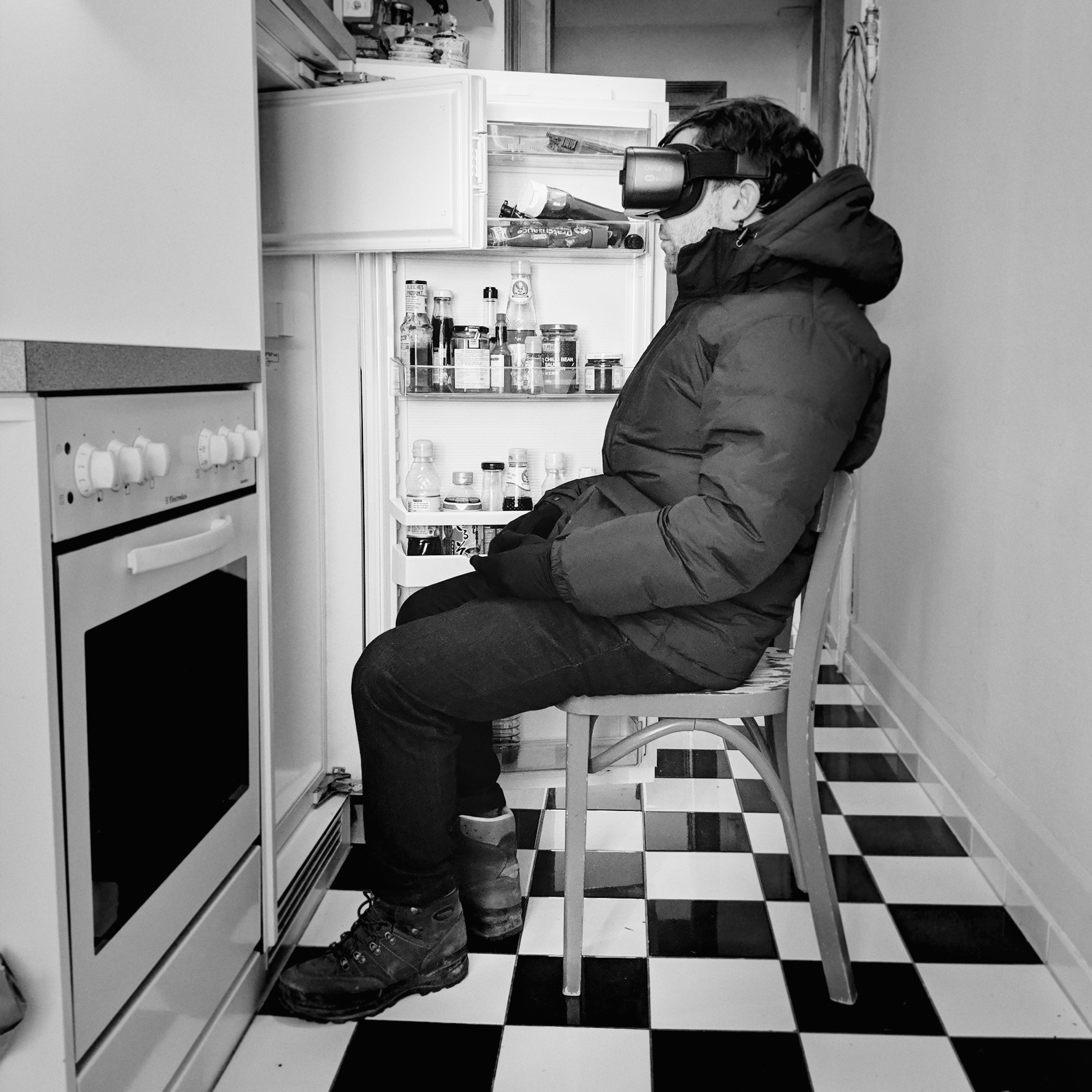 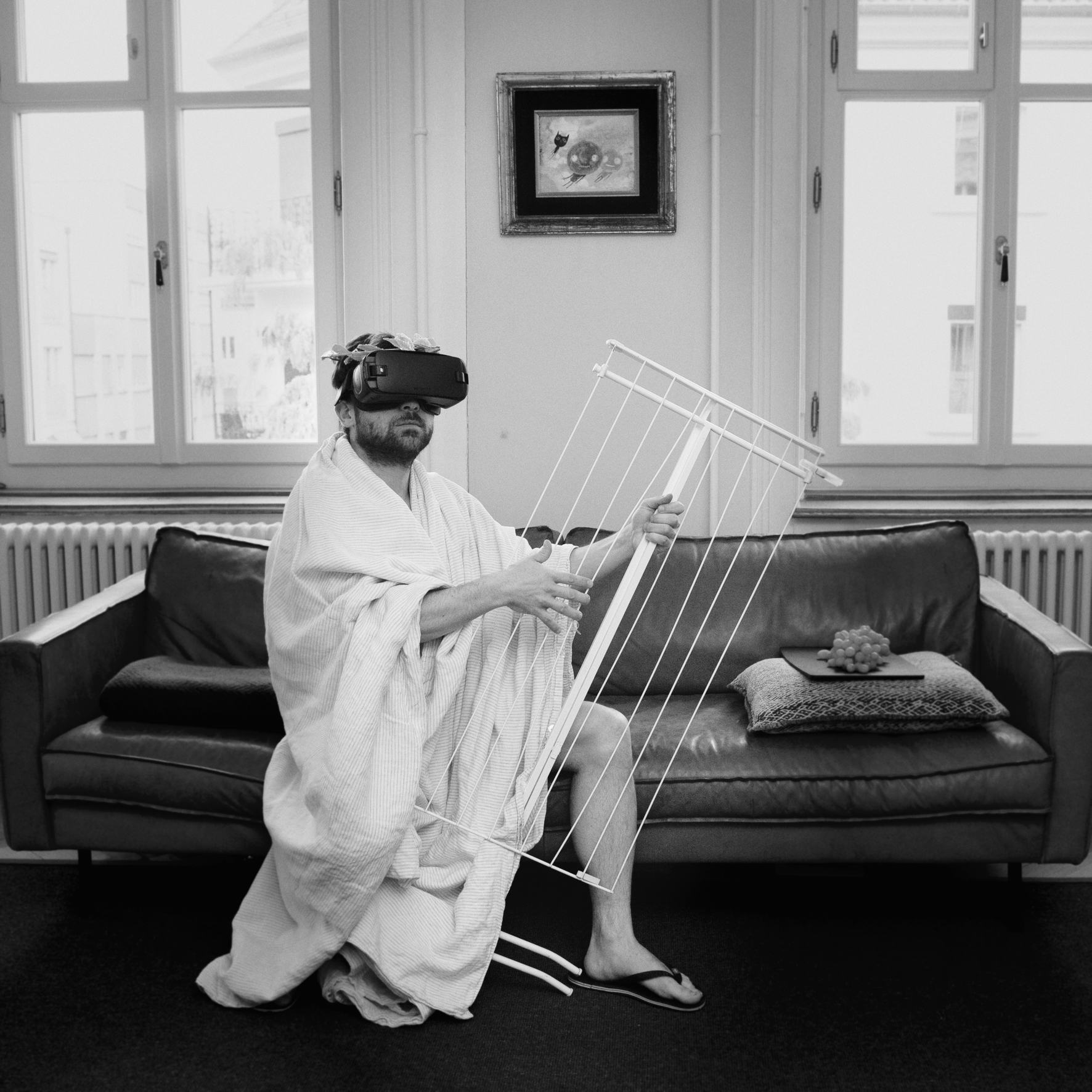 At Fuorisalone, and within the frame of the Design Switzerland exhibition at Teatro Litta, Birdly® invited visitors to experience Milan like never before in «Simulazione Milanese» a speculative design experiment over the skyline of Milan.

Based on Plato's Cave Allegory, Gian was interested to create a XR experience that allows "our mind and body to explore the moment we escape Plato's cave, in this XR experience represented by the golden cage, just to discover that the reality we assumed our life long to be true, is possible of a totally different nature." 2019

With the kind support of Pro-Helvetia Switzerland 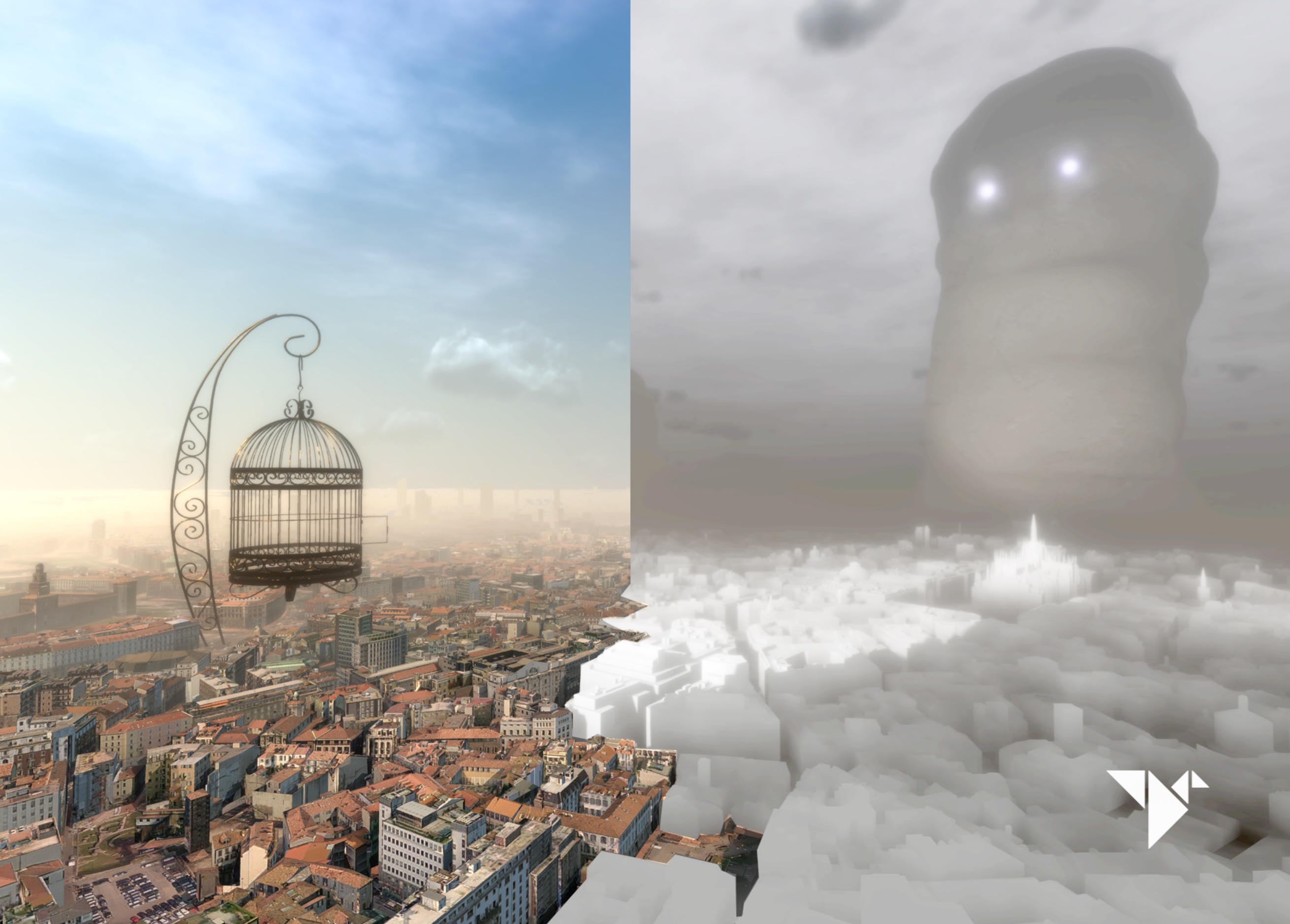 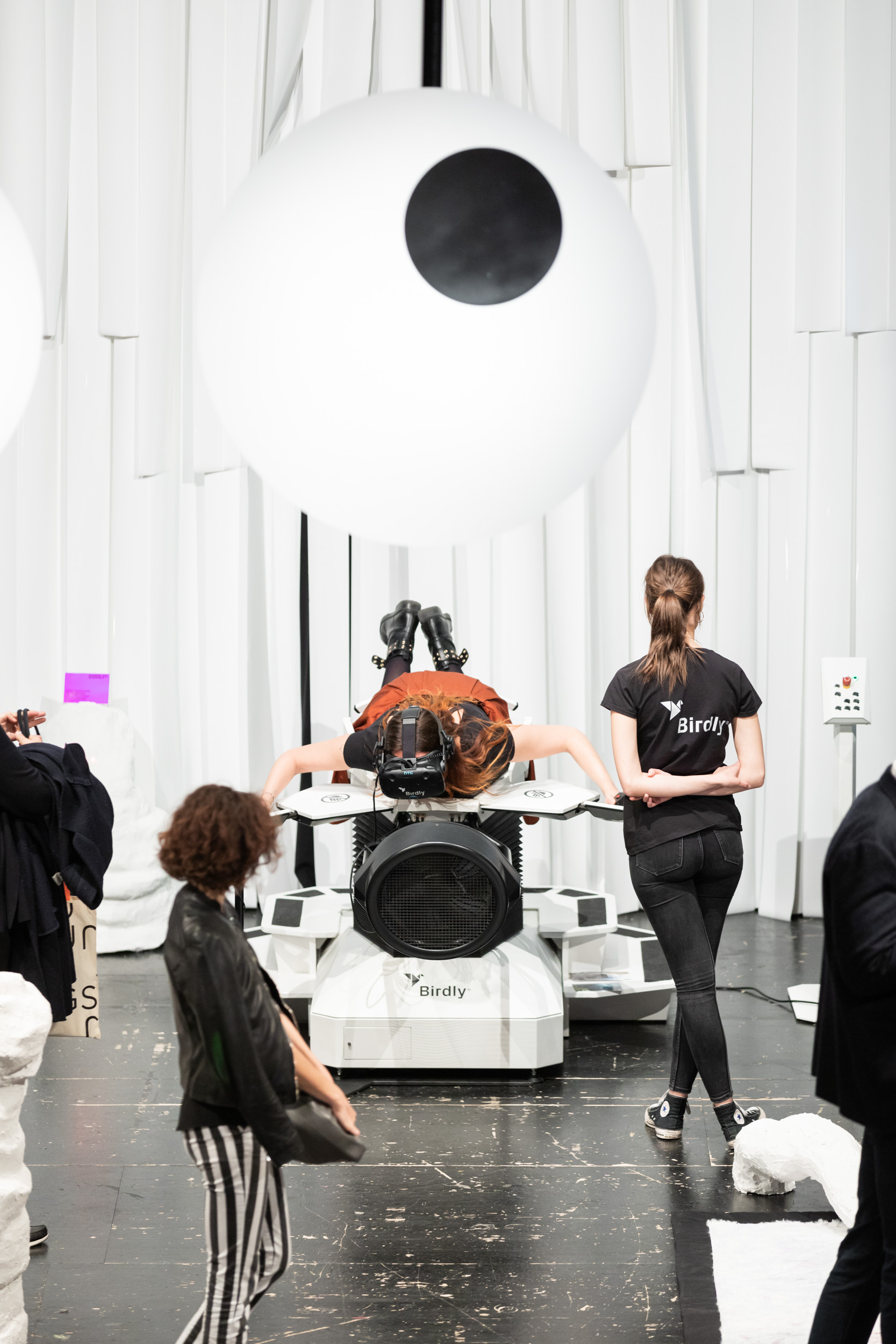 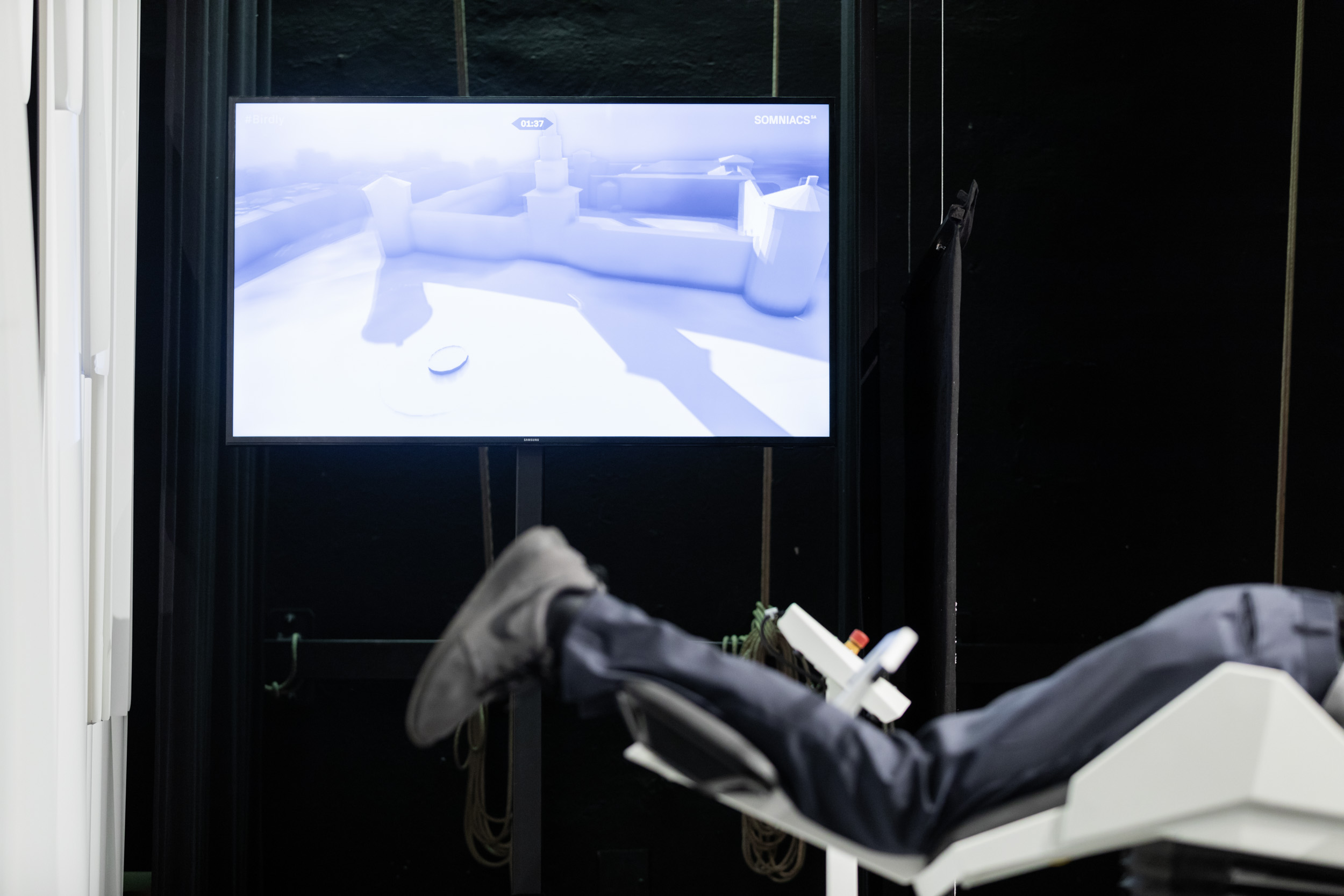 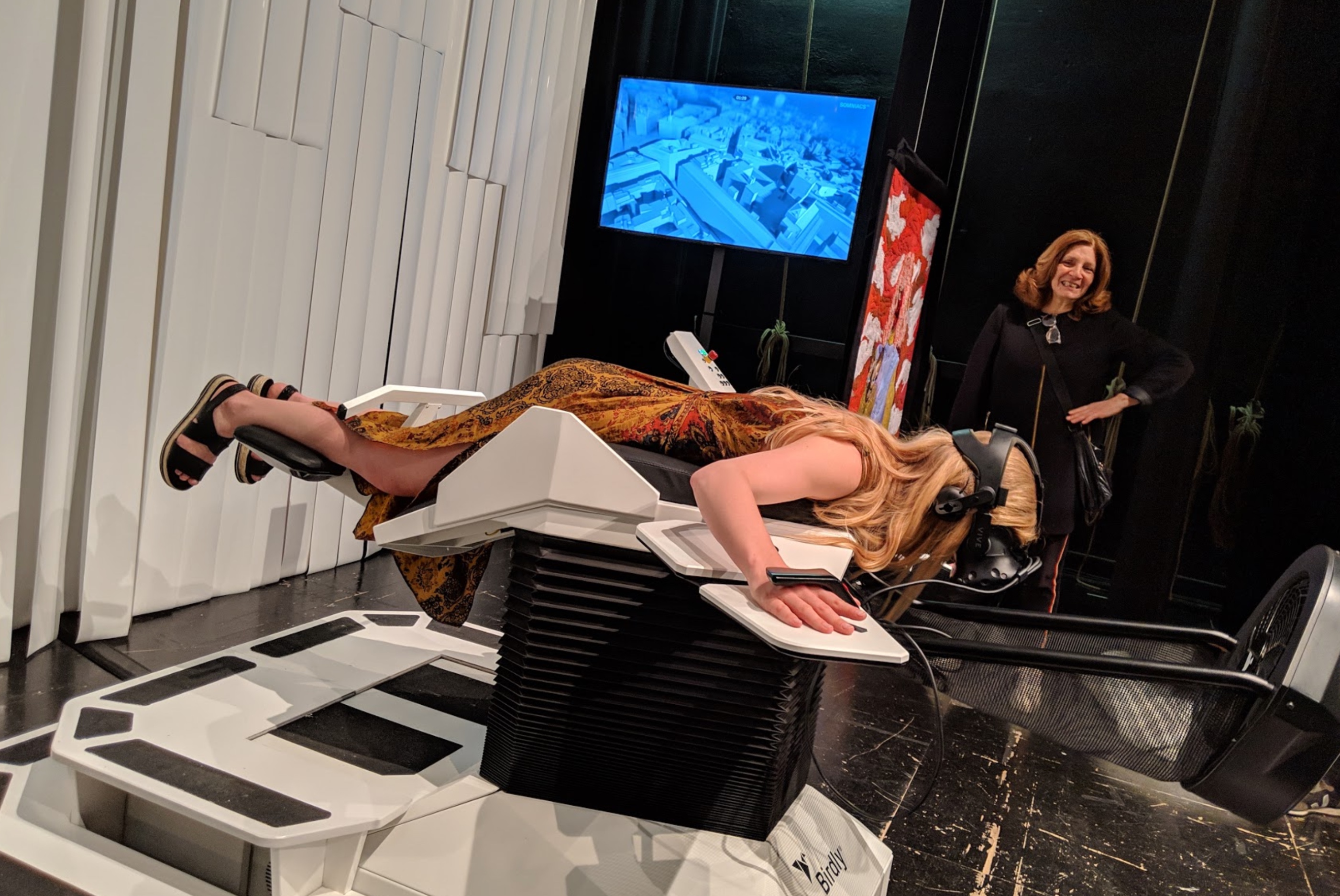 "Struck by Reality" is Gian first photo & poetry book limited to 100 copies. In the life performance Gian shares the insights captured in the book around his travels through computed realities.

The act was part of the "Academy of Thought" session, which invited speakers and guests alike to reflect on the critical and investigative role of interaction design in our society, today and over the past decades. It was organised by the University of the Arts Linz and the Department of Interaction Design - ZHdK celebrating its 20 year anniversary. Also seen on stage is keynote speaker Prof. Dr. Gerhard Buurman, one of Gian's mentors, when it comes to capturing and simplifying complex systems in a increasingly complex world. 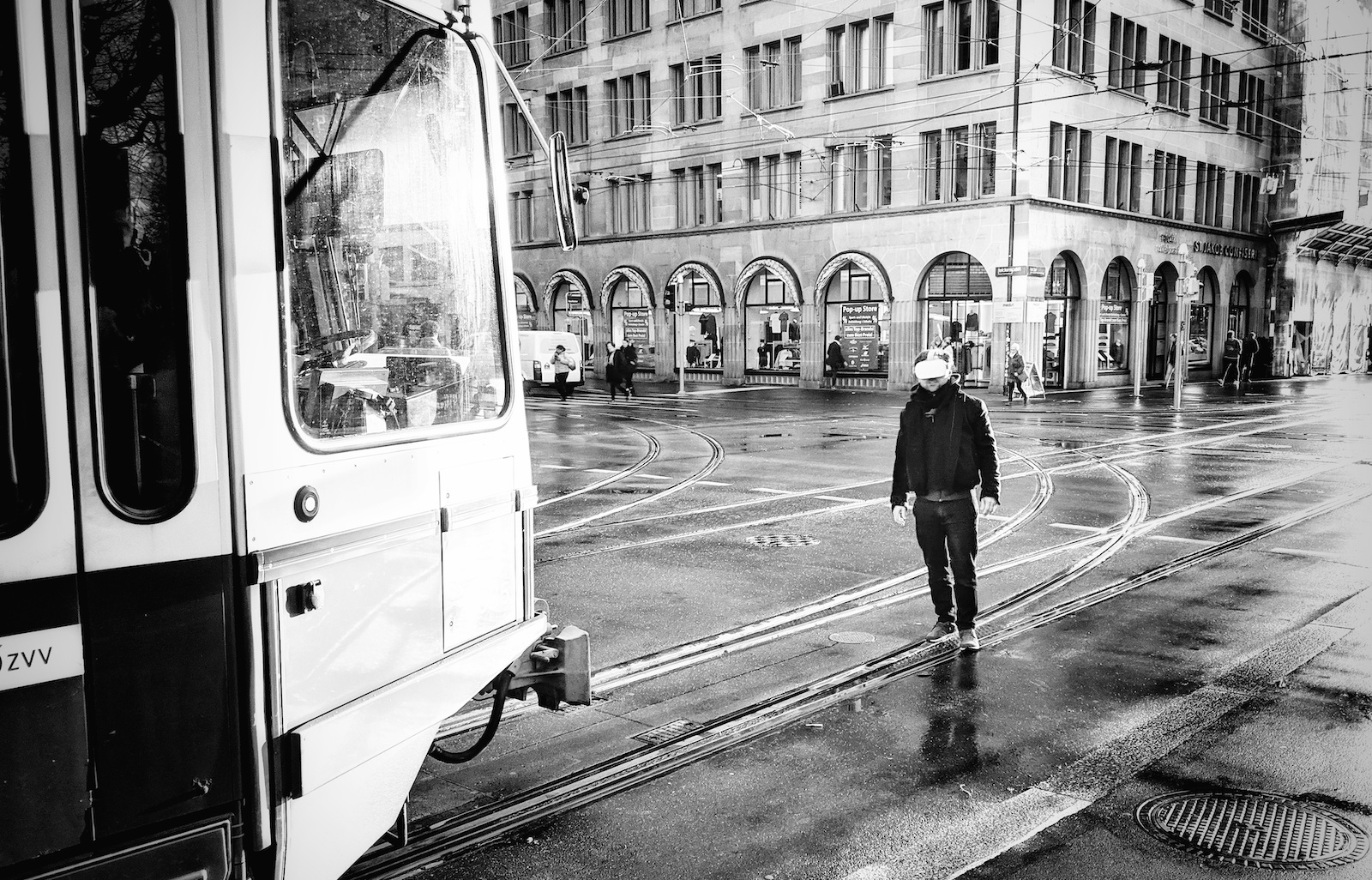 ... I look at current and past VR headsets as primitive devices for capturing our attention and simulating low-res realities. However, in the future, such technology will improve thousand folds until it's invisible. Reality Games shall remind us to, every now and then, ask ourselves which reality did we, or do we subscribe to."

Sculpture / Entangled Translucent VR Headsets made out of Epoxy 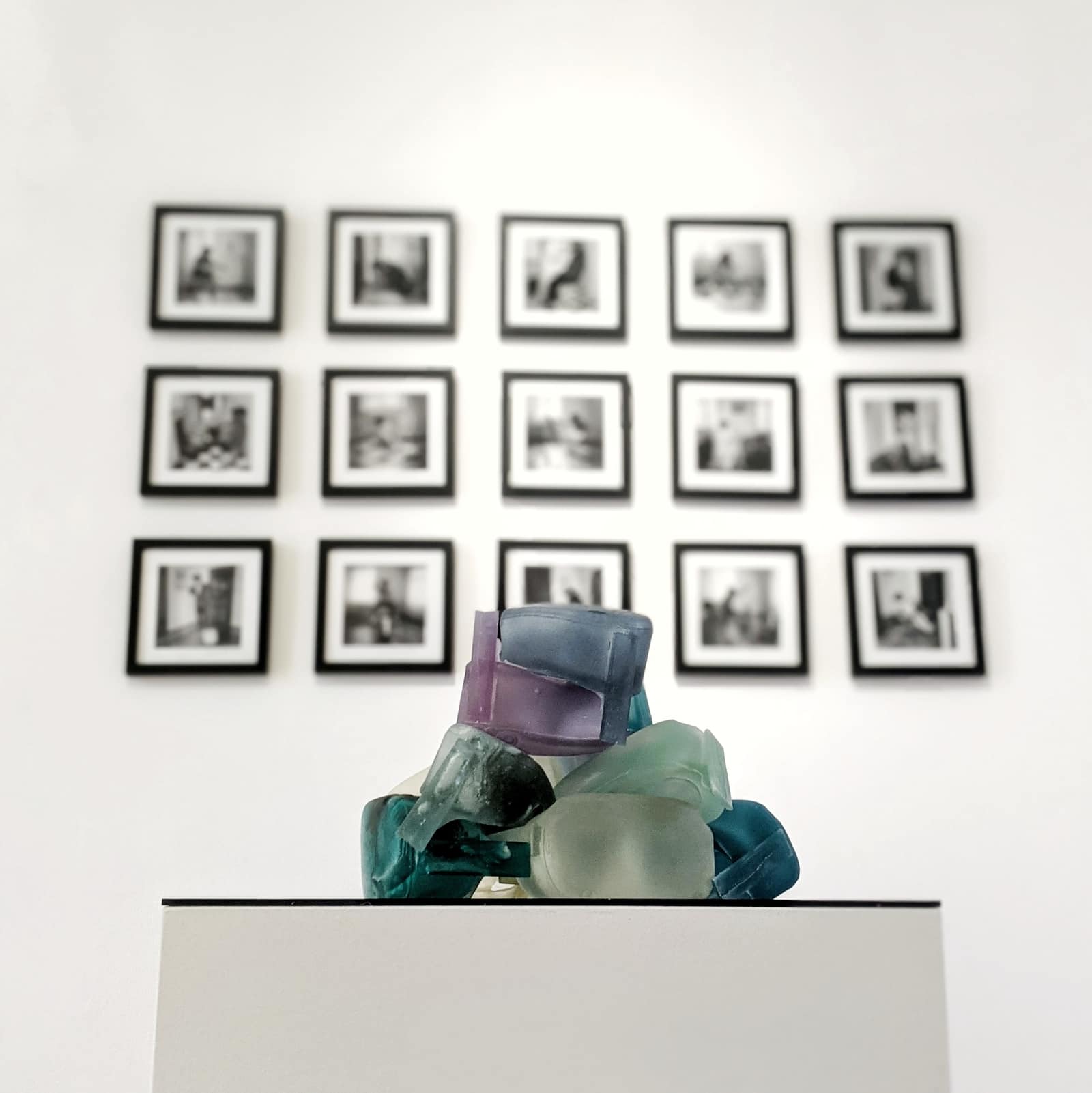 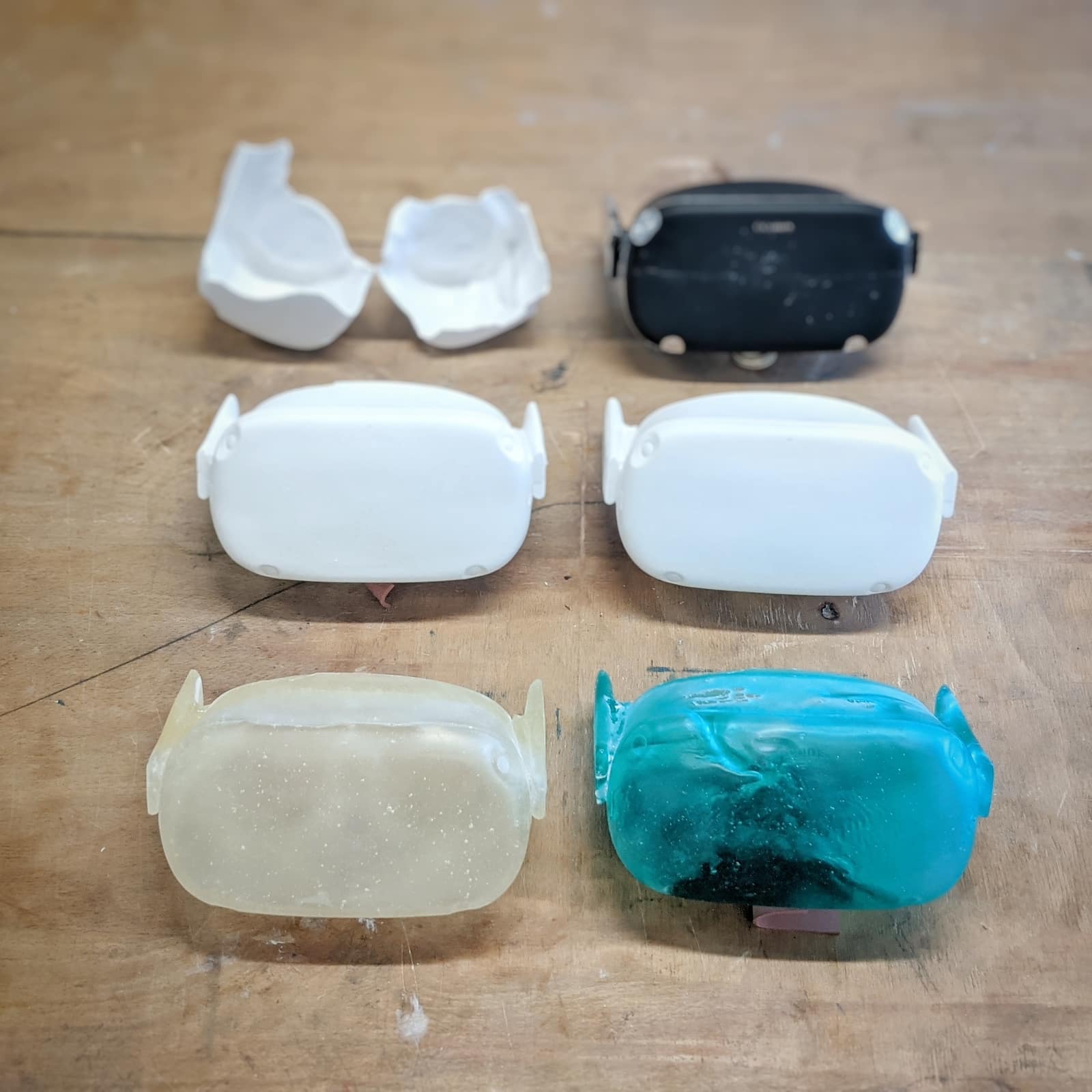 "Impressions" from the depth of reality ...

Since the late 90ies Gian observes the physical world around him through the lense of his 35mm camera."Impressions" are a handful of black and white collages shot between 2003-2015 on film. They are reflections and vignettes of his travels into past, present and future realities. 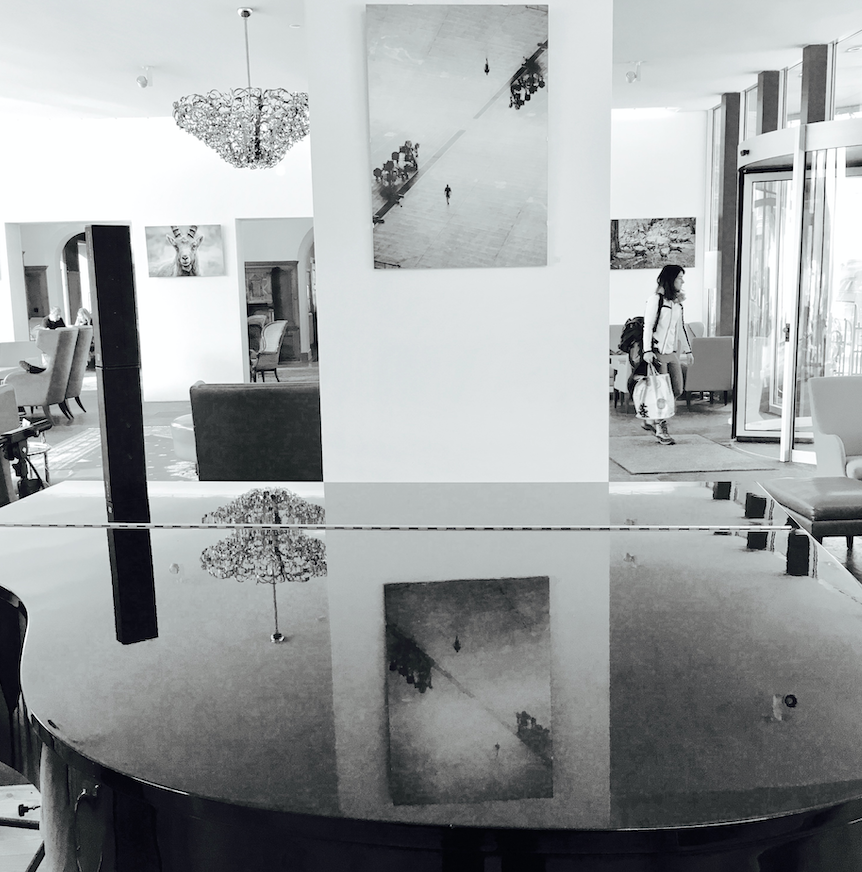 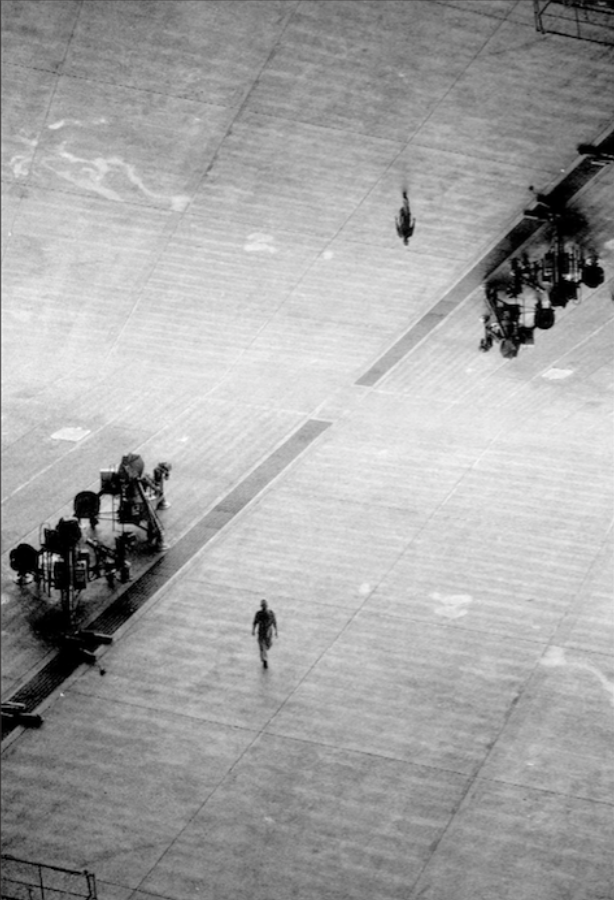 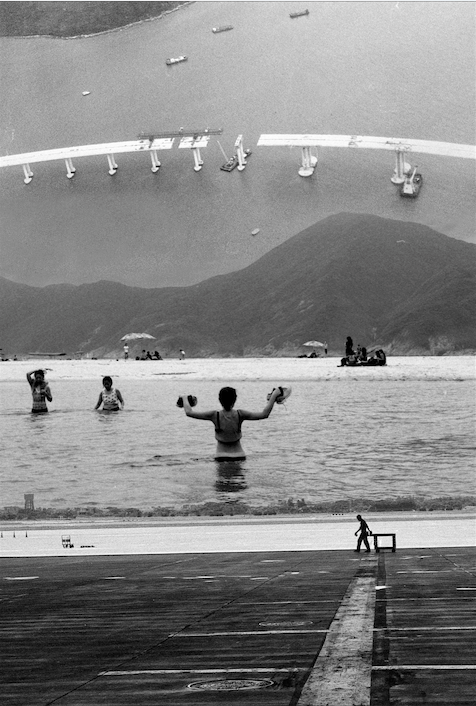 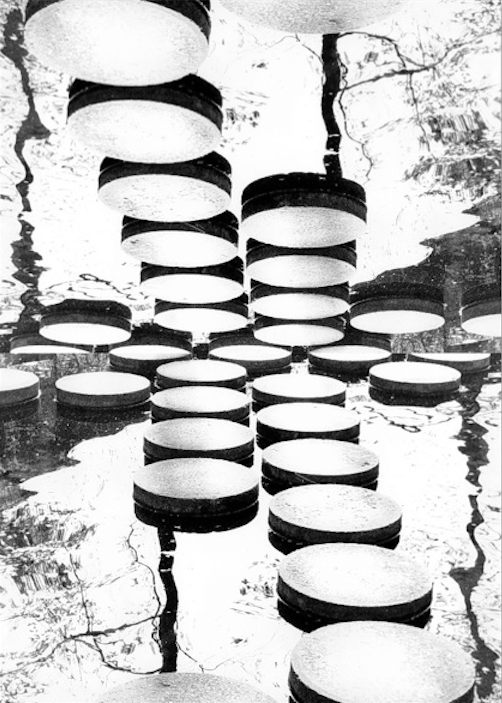 The experiment "Clinic for Posthumanism" presents a descriptive artefact and an immersive experience on how it might look and feel if our minds were uploaded into a brain in a vat.

The story world: A futuristic clinic called "Clinic for Posthumanism" promised a new heart made out of kryptonite that guarantees its owner a life expectancy of 300 years. The clinic claimed that the transplant was 100% safe by making a backup of the conscious mind and putting it into a brain in a vat. At the beginning of every show, someone of the audience could sign-up as the patient for the new heart. Unfortunately, for the patient the heart-operation failed every time. On the bright side (or maybe not so bright side) their mind could live on in a brain in a vat.

This experiential performance installation was created during a student workshop lead by artist Noam Toran in collaboration with Dr. Björn Franke. The outcome of this dark humour - meets black mirror'esque future, in which the promise of technological innovation ultimately lead to a grotesque posthuman world in which our minds are voluntarily decoupled from our bodies, was premiered at the Gallery Space of the ZHdK in November 2017. Gian's involvement was primarily around the concept, storyline and sound scape. The on stage performance was driven by Prescille Jotzu as operating doctor and Gian as mad professor. 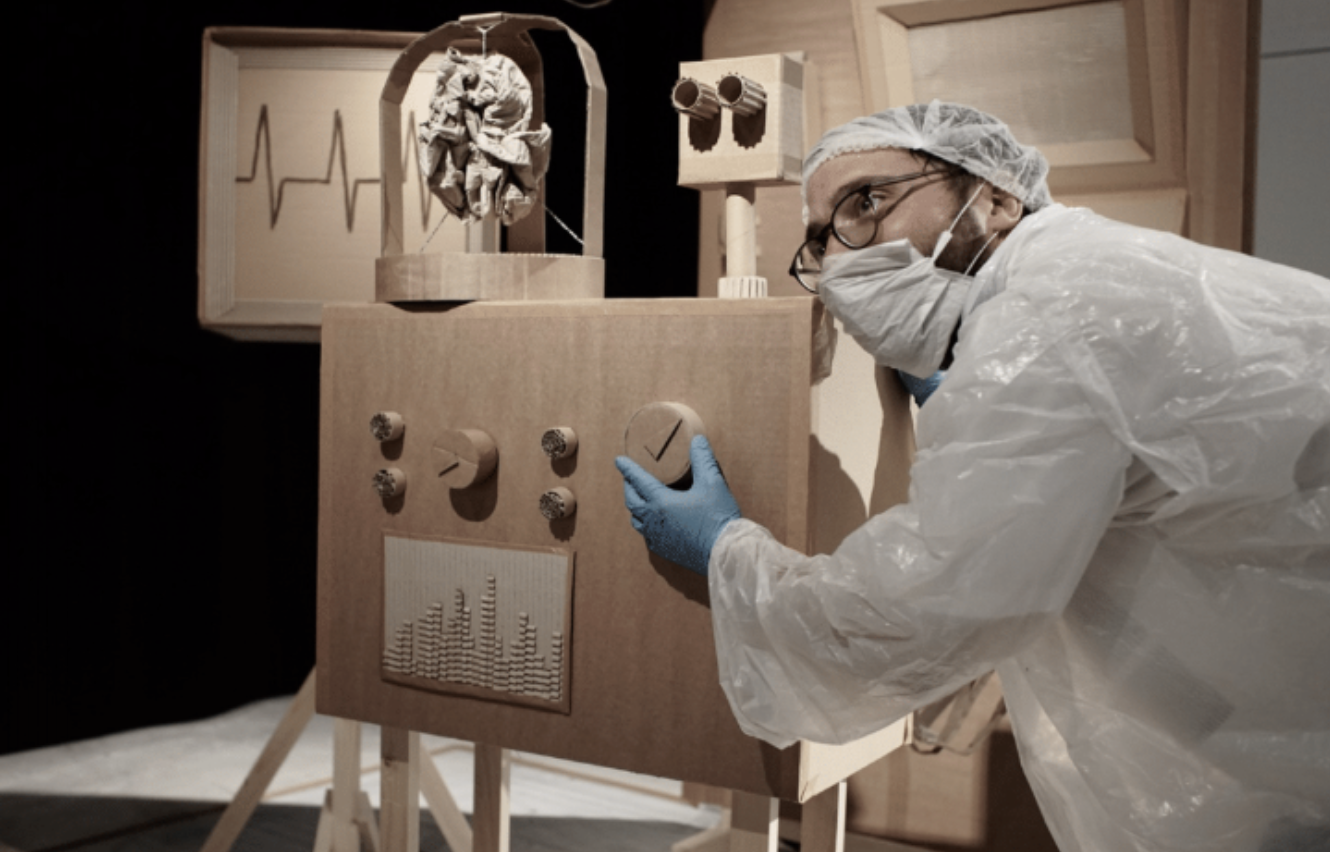 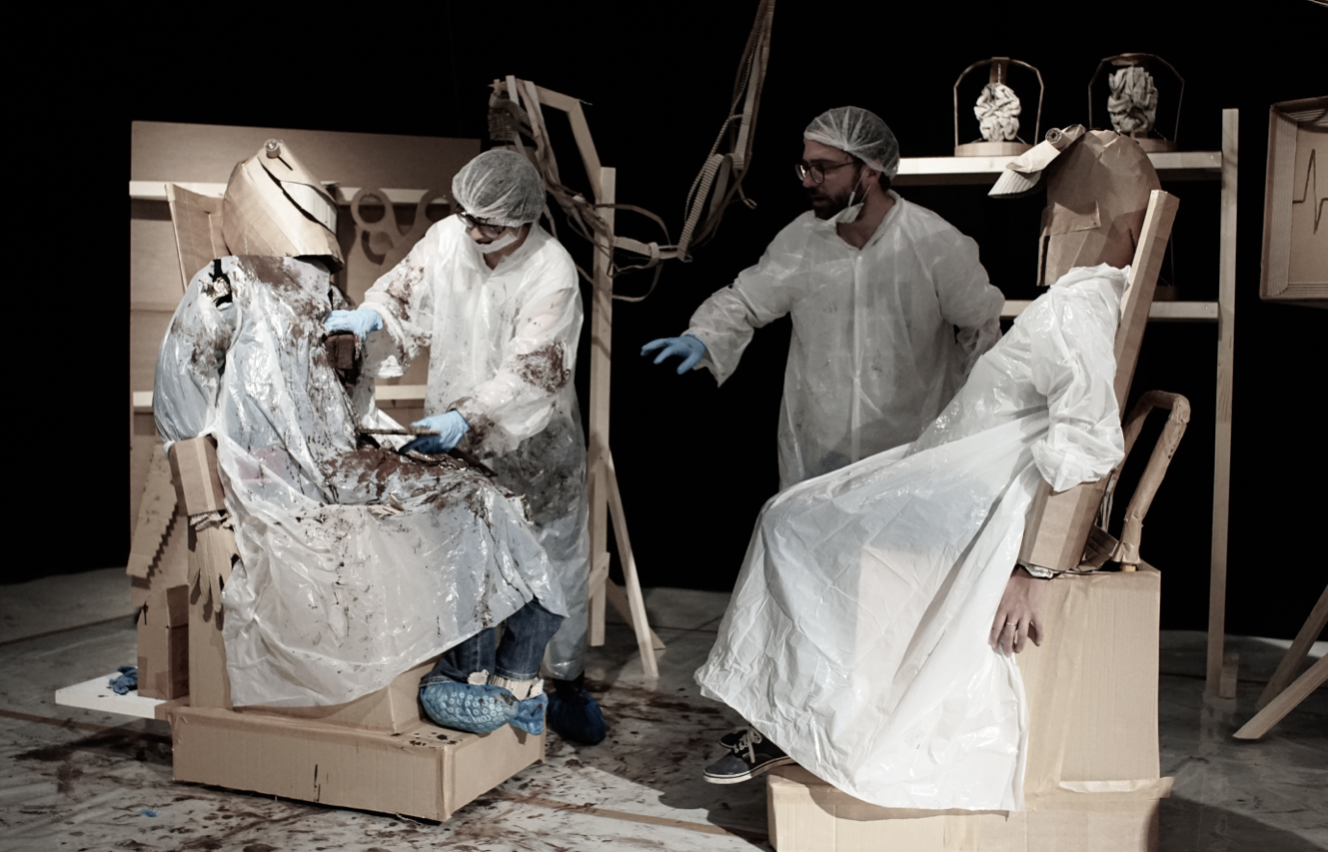 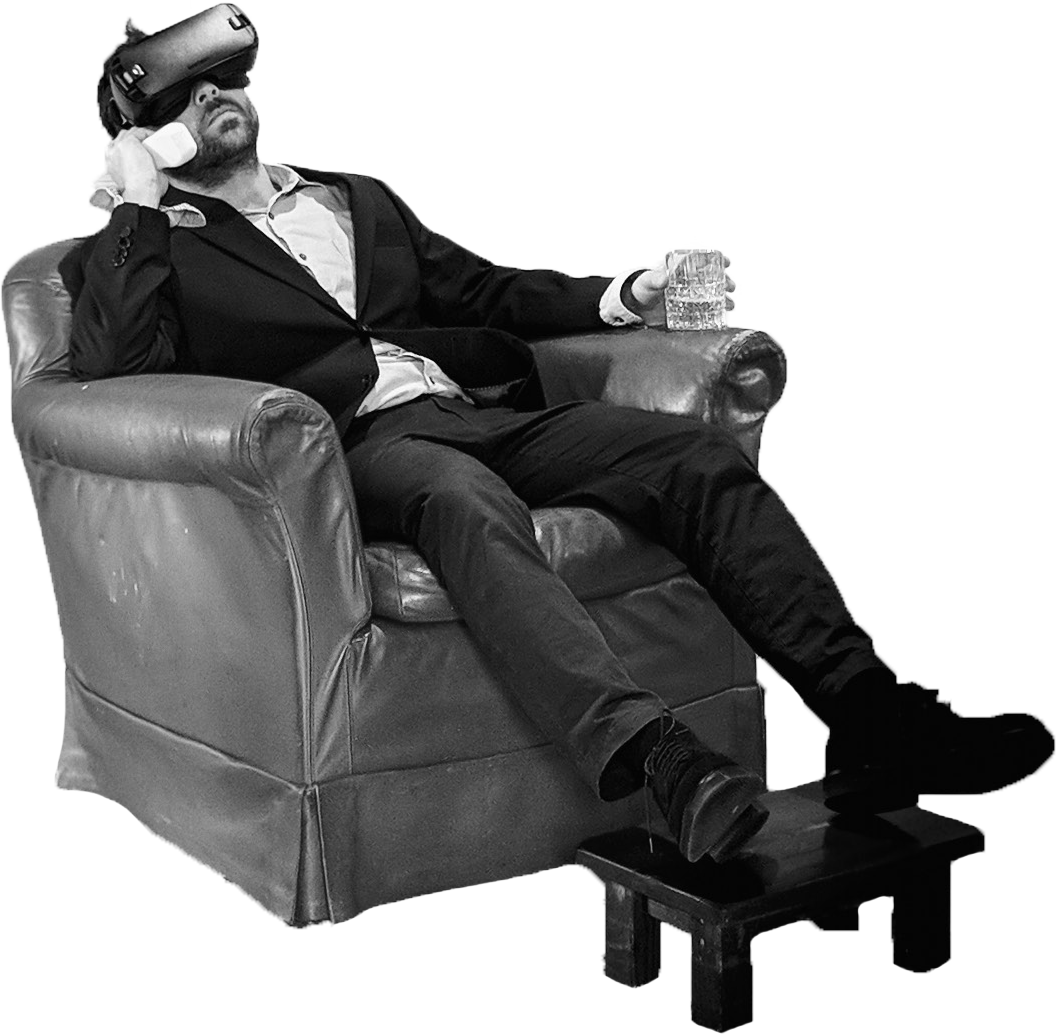 Greetings from the depths of reality.
Got something on your mind?
Get in contact via the channels below:
EmailInstagramTwitter
Curious about what’s next?
‍Subscribe to Gian’s newsletter!
Thank you! Your submission has been received!
Oops! Something went wrong while submitting the form.